Welcome to the magic world of Valery 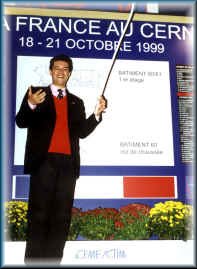 In an age when with a click of their mouse people can be thoroughly informed about any subject in real time, they care less and less for discovery and surprise. This is why Valery believes that it is important to excite curiosity and wonder as much as possible, but in a genuine, authentic, magical way. 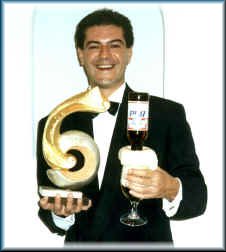 Yet it is essential that people attending a magician’s show see a great performance where professional skill is basic, and so is a sincere relationship with the people who come to admire him. 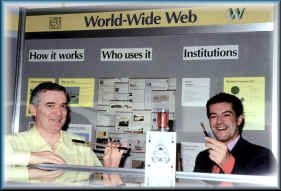 To his public Valery offers a mixture of micromagic (close up), that is tricks performed at a close distance without special stage effects, but only with the exceptional skill of his hands, a touch that only few magicians in the world possess, an amazing, incredible touch. Valery is Valery, a supermagician.

A MAGIC BUT STILL INVISIBLE DESTINY… 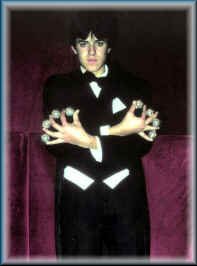 Valery, whose real name is Valerio Mainardi, took up magic when he was only seven years old, revealing a passion that his family couldn’t help defining as maniacal.

Born in Como (Italy), the son of a learned, charismatic high school director and a highly dynamic mother fond of yoga and modern dance, little Valery was dreaming of becoming one day a skilful, famous magician like the great idol of his childhood: the fabolus Silvan. 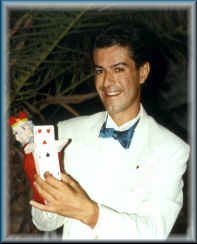 Valery looked up to the man,who had a major influence on his great fondness for magic. “He is and was the greatest magician all times”.It was indeed in the box of Silvan’s conjuring tricks who was given by his father, that Valery discovered the basics that allowed him to aim at awards and fame as an adult.

In his early school days the promising magician started to perform for parents and friends and later in restaurants, theatres and cinemas, winning general admiration and praise. His popularity has been growing ever since.

AND THE PEN DISAPPEARED ALL OF AT SUDDEN…

“Valery, what is magic for you?” asked him a swiss journalist who was speechless with surprise at one of his shows at Basel MUBA international exhibition. 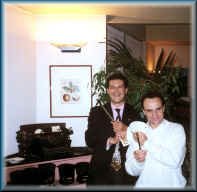 His answer was simple as well as concrete. “A skilful magician needs no technique of special stage or light effects”. 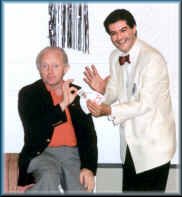 Not sooner said than done. A split second and the pen, cleverly slipped out of the journalist’s breast pocket, had disappeared.

THE “KING” OF COINS 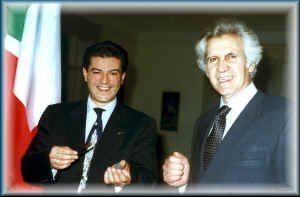 Valery’s repertoire is rich and varied. Handkerchiefs vanish into thin air, balls double or treble in the spectator’s clenched fists, banknotes disappear, bras worn by beautiful girls are suddenly gone, cards are chosen according to improbable but true previsions, you just name it.

But his speciality, the one in which, according to some of the most talented magicians in the world, he has no rivals in the field of close up, are coins. If you have never seen Valery in action it is difficult to explain how extraordinary and incredible he is. But let’s try all the same. Each performance with coins starts with their millimetric rotation on the back of his hands. “A virtuoso piece” as he says. The coin slips between his fingers, from the small to the forefinger, to return, fluctuating magically, to the starting point. The coin turns around the right hand, then the left hand. Then both hands crosswise. It is a standard piece that Valery performs to focus the audience’s attention to his hands and heighten suspance… 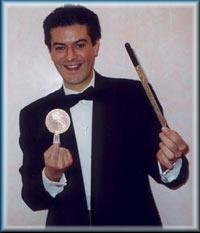 It is the beginning of his show, which, like a Rossini crescendo, becomes more and more exiting. The coins then start moving invisibly from one hand to the other disappearing into and reappearing again from different angles,never in the same way. The spectator has the feeling that he is watching a real dematerialization of metal fibres, which regularly rematerialize. Faboulos. And the spectators are astonishd
So are the most experienced magicians. It is just this unique ability that has earned Valery the title of “king” of coins.

Valery’s magic will amaze you too.Don’t miss this opportunity and send quickly your e-mail or phone call to arrange your show.

…Your success is guaranteed!